More than 150 citizens, including 15 women, were kidnapped by the Saudi-backed forces in Marib within a month, Marib media center revealed on Friday.

According to statistics released by the center, al-Islah troops carried out raids and kidnappings in a number of neighborhoods in the city and camps for displaced persons, and the areas of Al-Menin, al-Faw, and al-Jifina, and arrested dozens of citizens, including women and children, and took them to secret prisons.

The statistics indicated that of the abductees, two girls were in the fourth grades, who were abducted for tearing up photographs of the killed AbdulGhani Shaalan.

The center confirmed that the abductees were hidden and prevented from communicating with their families, and were subjected to ill-treatment and psychological and physical torture to force them to confess to fabricating charges against them.

He said that the Saud-backed forces intensified kidnappings, raids operations, and restrictions on the freedoms of citizens as the army and popular committees approached Marib city. He pointed out that the majority of arrests are made because of family or regional affiliation.

According to the statistics, a number of the abductees were from Marib who refused to be dragged and recruited to serve the coalition forces.

The Center called on international and humanitarian organizations to take urgent action to learn about the situation of abductees in prisons and their suffering. More than 20 deaths have been recorded in the prisons of the Saudi-Sponsored Forces in Marib city during the past year, he said. 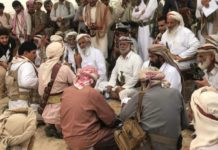 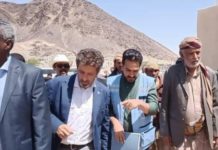